“In July 2014, my husband, Daniel Kazimierski, and I visited four Jewish cemeteries in Poland. All were virtually abandoned after the Holocaust obliterated those who would have tended the graves.

Much of the Bracka Street Cemetery in Lodz is virtually impenetrable, its 160,00 marked graves are overgrown with brambles and nettles. Buried in Ghetto field are over 40,000 killed during the war. There are a few major mausoleums and a funeral home. Warsaw, which is even larger but slightly more restored, has a large area of graves for the Warsaw Uprising heroes of all faiths.

Kazimierz Dolny is a small, spare cemetery in the countryside. There is a wall of headstones recovered from being used to pave roads; such walls of stone fragments have been built in all four cemeteries.

Only a small part of the oldest Jewish cemetery in Krakow remains. It has many visitors and is more restored than the others.

The cemeteries are deeply sad places where you cannot help but mourn not just for the dead around you but for those who were murdered, leaving their families’ graves to be vandalized by looters and by time. The smoke of the camps has never left the air. Rust and vines and encroaching trees bear witness to more than seventy lonely years.

Still, on a summer day, with sun filtering through, these are green, peaceful places as well; and the new growth glows rejuvenation.

It has been difficult to chose a few images for this page from so many. I have worked with all of these in both black and white and color. The monochrome seems more faithful to the sorrow, the color to the paradox.” 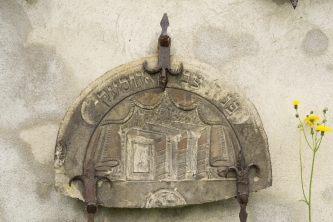 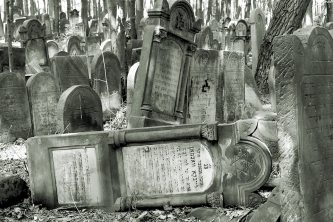 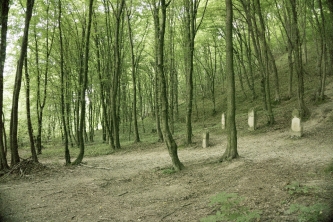 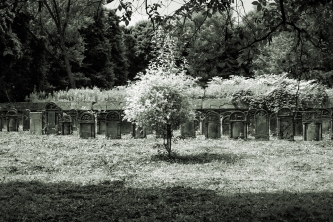 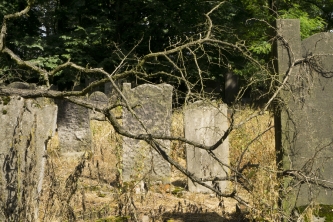 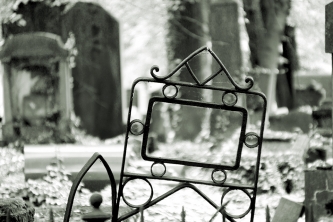 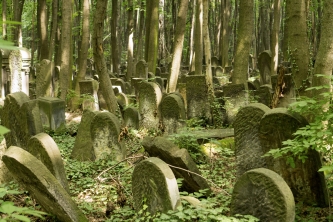 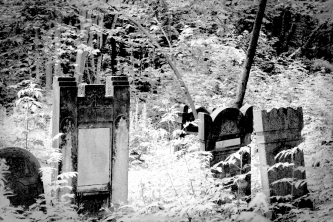 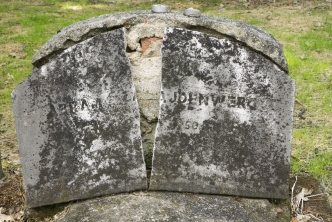 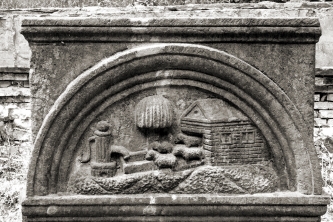 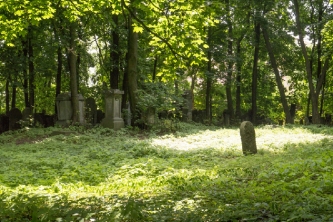 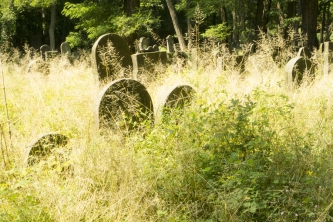 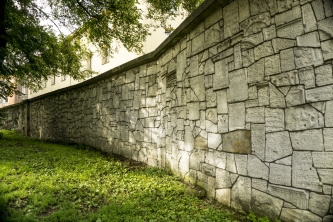 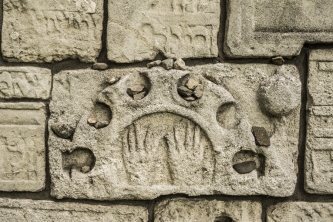 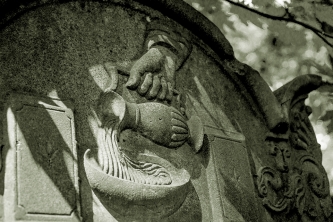